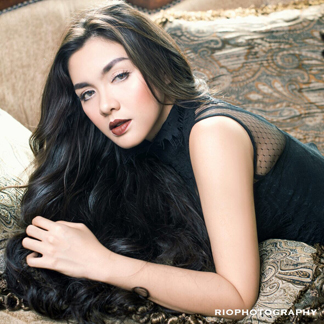 Singer Vicky Shu is set to perform during the Andres Aquino fashion show at Couture Fashion Week in New York. Part of the 22nd season of the prestigious event, the show will be held at 8:00 pm on Saturday September 12, 2015.

Vicky Shu is a well-known celebrity in her native Indonesia, noted for her golden voice as well as her proficiency on the guitar and piano. She was a finalist for Miss Indonesia 2007, and is also an accomplished actress, currently finishing a movie in Turkey. She is a former backup singer for the popular Indonesian band Yovie and Nuno. As a soloist, she released an album entitled Drink Me, and recently released her new album which includes six of her own original compositions.

In addition to her musical and acting endeavors, Vicky Shu is also a footwear entrepreneur, designing her own line of beautiful and elegant shoes under the label Shu Shu. Her shoe designs are now hitting the international market, being exported to Italy and Amsterdam in Europe as well as Japan and Malaysia in Asia. The exquisite designs along with impeccable customer service are attracting much international attention, and are favored by celebrities including Lenka and Kelly Osbourne. Vicky’s shoes will be accessorizing the fashion designs of Diana Putri on the Couture Fashion Week New York runway at 6:00 pm on Friday September 11, 2015.