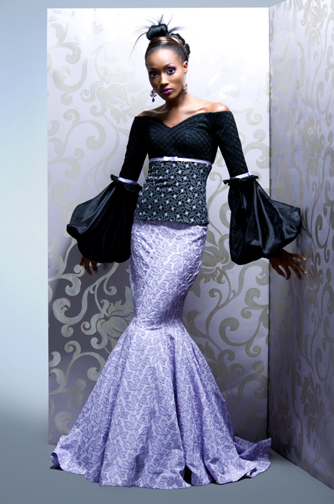 Nigerian fashion mogul Frank Osodi Richard is the owner and designer for the labels House of Bunor and Frank Osodi for Bunor, both operating under Bunor Creazioni. Mr. Osodi is a former professional and West African top model. He is the recipient of numerous awards over the years as a fashion designer, most notably International Designer of the Year 1991-1992 and Fashion Person of the Year 2003. Mr. Osodi is also the brain behind the highly successful annual international fashion show Black, Bold and Jazzy, as well as the organizer of the West African Fashion Week which debuted in 2011.

Frank Osodi, called the “king of the bustier” in Nigeria by top fashion media personality Ruth Osime, is known for his creative and impeccably finished ceremonial gowns, evening dresses and bridal ensembles. He captures and expresses the sentiments of a generation and expands his horizon to make an impact on both African society and the Diaspora, by creating a harmony between fashion and life. Frank Osodi is undoubtedly one of the most talented and influential designers in fashion today. He enjoys working with African prints, Duchess satin, French lace chiffon and many other natural fibers and fabrics.

Frank Osodi’s career in the fashion industry ranges from fashion design and consultancy to model management, media events and make up artistry. He is a past vice president of the Fashion Designers Association of Nigeria (FADAN), and the current president of the model managers association of Nigeria (PROMMAN). Mr. Osodi’s distinctive designs have been presented at many top fashion events including South Africa Fashion Week, the Vukani Fashion Awards, Mozambique Fashion Week and the PAHBA Awards, as well as at events in Atlanta and Barbados and a host of other fashion fairs. Recently his label, Frank Osodi for Bunor, was one of four top Nigerian designer labels honored to showcase their creative pieces in conjunction with the Austrian Lace Manufacturers association in Vienna.